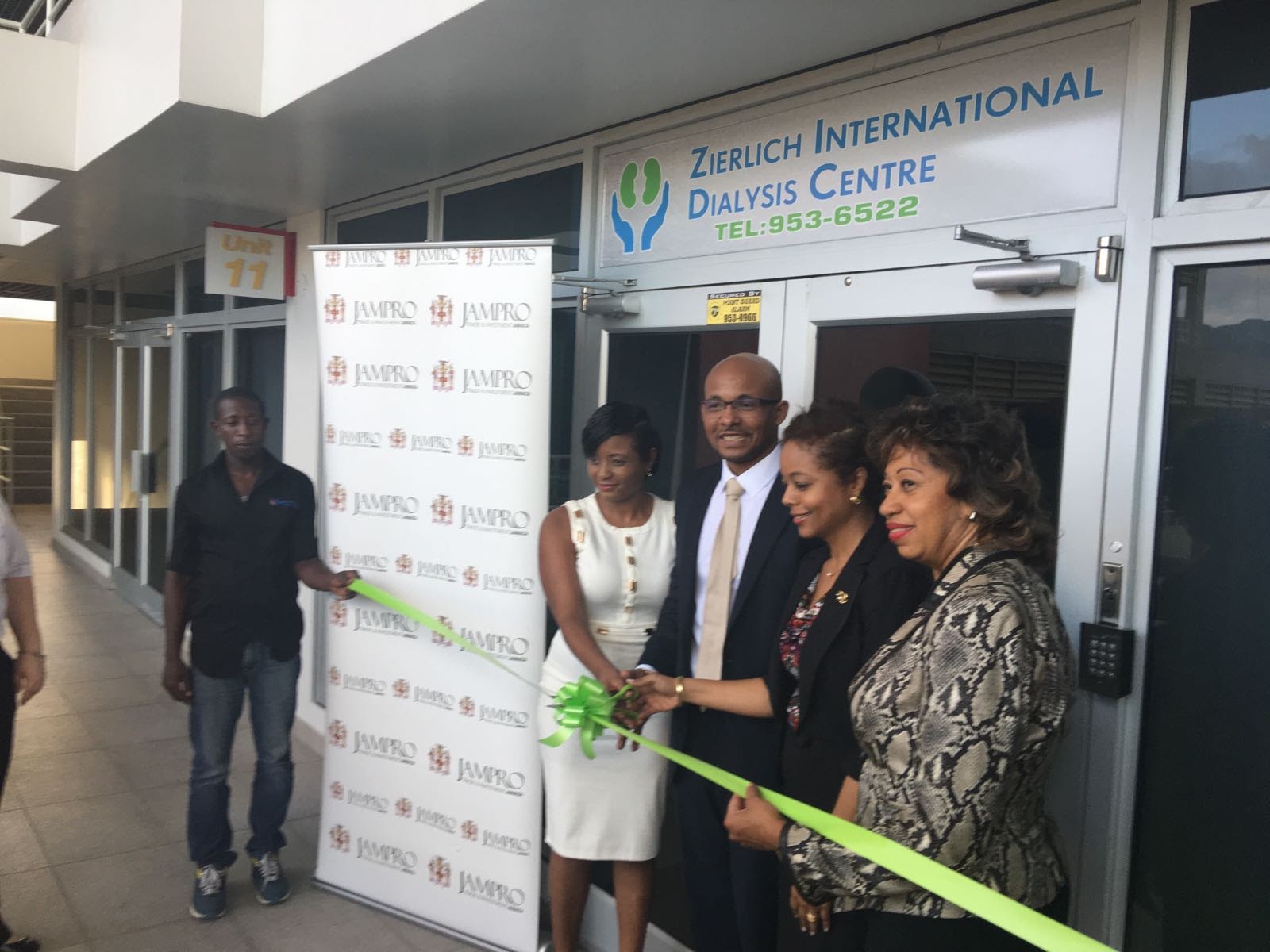 Attorney General, Hon. Marlene Malahoo Forte, says Montego Bay remains a hub for economic activities and is one of the fastest developing cities in the region. Speaking at the official launch of the Zierlich International Dialysis Centre at the GWest Medical Complex in Montego Bay, St. James, on February 2, Mrs. Malahoo Forte said that the second city and by extension the parish, is not only poised for further development, but is being seen as a very critical area in the Government’s quest for growth and prosperity.

“In very short order we will be doing a lot of infrastructural rehabilitation in this area, ensuring that our people and this region are better served,” she added. The Attorney General said the investment by the United Kingdom-based Zierlich International is not something to be scoffed at and is an indication that Jamaica has all the tools to be a centre for first world health care.

She noted that the Zierlich team and JAMPRO must be commended for the collaborative effort in bringing a quality dialysis centre into Montego Bay, adding that the effort will go a long way in improving the city’s health and wellness offerings. “JAMPRO has truly delivered on this project. This is truly an agency that is there to serve the interest of the Jamaican people and one that continues to make us proud,” she said.

Zierlich International Dialysis Centre is managed by a group of healthcare professionals from the United Kingdom and Jamaica. Located less than five minutes from the Montego Bay Cruise Pier and approximately 10 minutes from Sangster International Airport, the facility currently has the capacity to dialyse 12 patients per session, with operations of three sessions per day and six days per week.

The Attorney General, who is also Member of Parliament for West Central St. James, said she is confident that the facility will live up to its billing, providing quality health care and service to all its patients, while remaining competitive and affordable with its prices. “This is simply a win-win for all concerned. Thanks to the vision of the Zierlich team, Jamaicans and visitors from overseas can now enjoy a range of medical services, including proactive treatment for early detection of chronic kidney disease and ongoing support for patients living with the condition,”  she noted.